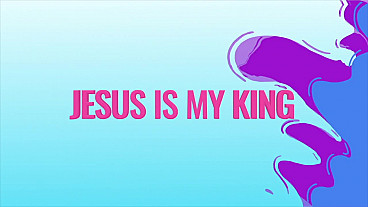 Several different types of hats and a crown. (Hat images.)

There was a written notice above him, which read: THIS IS THE KING OF THE JEWS. Luke 23:38 (NIV)

One of the things I enjoyed most in school was a special day called "Hat Day." All of the students and teachers wore a hat to school on that day. You would see all kinds of hats -- big hats, small hats, cloth hats, and straw hats. Some were very funny. You know, you can tell a lot about a person by the kind of hat he wears. Sometimes, you can even tell what a person does for a living by the kind of hat he or she wears. I have a bag full of hats to show you. As I take a hat out of my bag, raise your hand if you think you know who would wear that kind of hat.

Who knows who would wear a hat like this? (Fire Fighter's Hat) Right! A fire fighter. That was easy, wasn't it?

How about this one? (Hard Hat) Oh, you are right again. Someone who works in construction would wear a hat like this. It is sometimes called a hard hat. People who build buildings, highways, bridges, and things like that.

Now, this next one is a little different. Let's see if you can get this one. (Crown) I wonder who would wear something like this? Can you guess? I can't fool you, a crown is worn by a king or queen, isn't it?

Today's lesson is about a King who was born many years ago. This king was different from most. What made this king different? Well, for one thing, he didn't live in a palace. He didn't wear a beautiful robe or a jeweled crown. He had no servants to wait on him -- and and no soldiers to fight his battles. He didn't even have a country over which to rule and there were no coins engraved with his face or his name.

I imagine that most of you have probably guessed who this king is. The King is Jesus. He is not just any king, he is the King of Kings. His kingdom is not on earth, his kingdom is in heaven. That is why many people never chose to make him their king. When Jesus was on earth, the people were looking for a king who would set up a kingdom on earth. A kingdom where they would share the wealth and power.

Jesus did finally wear a crown, but it wasn't a crown of gold with jewels, it was a crown of thorns. A cross became his throne and above his head was a sign that read, "This is the King of the Jews." Roman soldiers stood beneath his cross and mocked him. "If you are the King of the Jews, save yourself!" they cried.

Crucified 0n each side of Jesus were two criminals. One of them mocked him saying, "If you are the Messiah, prove it. Save yourself—and us, too, while you're at it!"

But the other criminal said, "We deserve to die for our crimes, but this man has done nothing wrong." Then he turned to Jesus and said, "Remember me when you come into your Kingdom."

Jesus replied, "Today you will be with me in paradise."

Some people still refuse to recognize Jesus as King. But all around the world today the Word is spoken, "Jesus Christ is still the King of Kings."

Jesus, today we crown you King and make you Lord of our life. Amen.