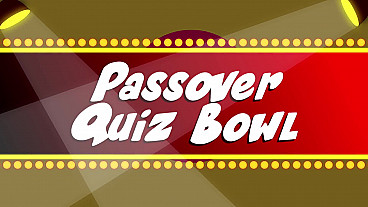 I'm sure that most of you have played with a yo-yo. A yo-yo is a simple toy, but it is a lot of fun. Some people can make the yo-yo do amazing tricks, but the main thing a yo-yo does is go up and down, up and down. That is also a good picture of some people, too...even you and me. We all have our "ups and downs," don't we? Sometimes we are happy and sometimes we are sad. We may be hardworking one day and lazy the next. We may be honest one day and dishonest the next. Can you think of other ways that we have "ups and downs?”

God had spoken to Moses from a burning bush and told him to go to Pharaoh and tell him to set his people free. (Up) They had been slaves in Egypt for many years. (Down) So Moses and his brother, Aaron, went to see Pharaoh and asked him to set God's people free, but Pharaoh said, "No, I will not let them go." (Down)

Because Pharaoh refused to obey, God began to send terrible plagues on Egypt. (Down) One time, God sent frogs all over the land. There were so many frogs that Pharaoh thought he would croak. At other times, God sent gnats, flies, and locusts. That really bugged Pharaoh! Well, Pharaoh had more ups and downs than a yo-yo. When God would send one of the plagues, Pharaoh would tell Moses that if God would make it go away, he would let his people go. (Up) But after God made the plague go away, Pharaoh would change his mind and refuse to let the people go. (Down) Since Pharaoh was so hard-hearted and refused to let God's people go, God continued to send plagues upon Egypt—there were ten in all. (Down)

The final plague was the worst of all. God told Moses to tell Pharaoh that the last plague would be so terrible that it would change his heart and he would let the people go. Every firstborn son and every firstborn male animal would die. How sad! It is always sad to see what happens to people when they refuse to obey God. Since Pharaoh and the people in Egypt refused to do what God told them to do, they suffered terribly! That may be hard to understand, but remember—God had given them many opportunities to do what He told them to do, but they refused. (Down)

God gave Moses instructions on how his own people were to prepare for the last plague. He said that every family was to take a one-year-old lamb, one that was perfect in every way, and prepare a meal. They were to take some of the blood from the lamb and smear it on the sides and tops of the doorway of their houses.

God warned the people that there was going to be a lot of death in the land. God said to His people, "The blood will serve as a sign on the houses where you live. When I see the blood I will pass over you—no harm will touch you when I strike the land of Egypt.” (Up)

After God sent that tenth plague, Pharaoh changed his mind and freed God's children. (Up)

God cares for us just like He cared for His children in Egypt long ago. In fact, He made a way for us to get out of our messes too. (Up) Just like Pharaoh, we have our ups and downs, but Jesus died on the cross for all the wrong things we have done. If we believe in Him and ask Him to come into our hearts, He makes a way for us to go to heaven.

Dear God, we know that some of the things we do are not pleasing to you. We are thankful for Jesus who sets us free from our sin. In Jesus, we have forgiveness. In Jesus’ name, amen.