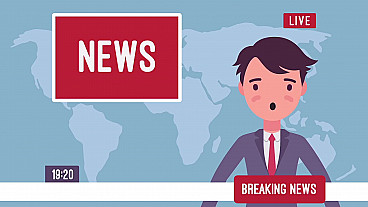 A box of instant pudding

One day last week, I wanted a snack. I looked in the cookie jar...empty! I looked in the freezer for some ice cream...nothing there either. I looked everywhere, but all I could find was a box of chocolate instant pudding mix. I'm not much of a cook, so I wasn't sure I could make pudding. I looked at the directions on the box and this is what it said: (Say slowly and with emphasis so kids can recall later.)  (1) Beat the pudding mix into two cups of cold milk for two minutes. (2) Pour the mixture into small individual serving dishes. The pudding will be ready to eat in five minutes.

How simple! You don't even have to cook it. Anyone could do that, couldn't they? Well, I did it and the pudding was delicious. Who remembers what the two directions were? (Allow kids to answer.)

Those directions were pretty simple. There are many things in life that are simple. We just have to learn to follow the directions. In our Bible lesson today, we’ll hear about a man named Naaman who learned that even serious situations can sometimes have a simple solution.

Naaman was the commander of the army of the king of Syria. Because he’d won many battles for his country, Naaman was famous. You might think he had everything he wanted, but he had a serious problem. Naaman had a disease called leprosy. Thankfully, one of his servants suggested he go see a prophet, which is a religious leader. She said the prophet could heal his leprosy.

So Naaman went with his horses and chariots and waited at the door of Elisha's house. Elisha sent a messenger out to him: "Go wash yourself seven times in the Jordan River to be healed."

That sounds simple. When have you followed such simple steps to instantly get over a sickness? (Pause for kids to respond.)

We often face problems in our life. Sometimes we’re willing to try almost anything, except what God's Word tells us to do. God's Word has the solution to all of life's problems if we will just follow the directions.

Dear God, when we face life's problems, help us to be willing to follow the directions You’ve given us in the Bible. In Jesus' name, amen.