Noah: A Rainbow of Promises 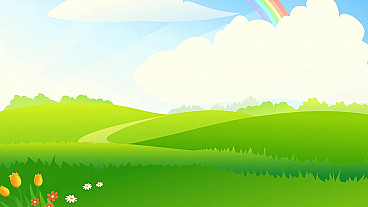 God is faithful in keeping His promises.

This is a ring. (Show the ring.) Some rings remind us of an important promise. Do any of your parents have wedding rings? (Pause.)

Wedding rings are very special rings. On the day of their wedding, the people getting married promised to love each other forever. And the ring reminds them of that promise.

People make promises on their wedding days, and at other times, too. We all make promises, like when we promise our parents we’ll clean up our toys after we play. Promises are important, but sometimes we don’t keep them.

But God--He always keeps his promises. Our Bible lesson today is about a promise God made to a man named Noah. You might know about Noah’s ark. (Allow children to share anything they know about Noah. Then tell the basic story or fill in any gaps about how God sent the flood because the people had begun to make lots of bad choices. The flood filled the earth and destroyed everything and everyone except Noah’s family and two of every kind of bird and animal.)

After the flood waters went down, God made a promise to Noah. He promised Noah that He would never again destroy the whole earth with a flood. Then He put a rainbow in the sky and said to Noah, "I have set my rainbow in the clouds, and it will be a sign of the promise between Me and all life on the earth." God said the rainbow would remind us of the promise that He made.

God’s rainbow was in the sky and a reminder that He always keeps His promises. The Bible says that, "No matter how many promises God has made, they are ‘yes’ in Christ" (2 Corinthians 1:20). The next time you see a rainbow, remember the promise God made to Noah, and remember that just as God has kept that promise, He keeps all of His promises to you, too.

Dear God, we’re thankful that You keep Your promises. Help us to keep our promises, too. In Jesus’ name, amen.