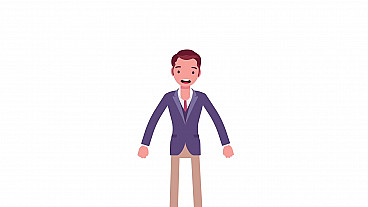 We keep our promises.

It is the beginning of a New Year. (Show the calendar.) A brand new calendar for a fresh start on life. Most people start the new year by making some New Year Resolutions. Making a resolution is like making a promise to ourselves that we are going to do certain things. Usually it is a promise to do better next year than we did last year. Here’s a list of resolutions that might be good for children to make.

Can you think of some more resolutions you could make? (Allow kids to give ideas.)

Some people don't take New Year's resolutions very seriously. After all, they’re just promises to yourself. We might think that if we don't follow through, it's no big deal. But it is a big deal! A promise is a promise and it’s important to keep your promises--even if it’s just a promise to yourself.

Think of something important enough to make a promise about this year. Write a word or quick symbol on a sticky note to say what that promise is.

Distribute the sticky notes and pens or pencils. Have kids write or draw, and then place their sticky notes on the calendar either on the date they want to have it done or the last day of the year.

The Bible tells about a very important promise God made to His people. Thankfully, God is always faithful in keeping His promises. We learn in the Bible about a man named Simeon. Simeon was a very old man who had waited his whole life to see God’s promise come to himself and to God’s people. God had promised to send a Messiah or savior to the world, and God promised Simeon that he would not die until he had seen the promised Messiah.

A few days after Jesus was born, Mary and Joseph took Him to the temple to dedicate Him to God. Simeon was in the temple as usual. As soon as Simeon saw baby Jesus, he knew God had kept His promise. Simeon took Jesus in his arms and praised God, saying, "Lord, now let your servant die in peace. As you have promised, I have seen your salvation, which you have prepared for all people."

Anna was a prophet who was also in the Temple. She was always at the Temple worshiping and praying. When she heard what Simeon was saying, she praised God and told everyone that Jesus was the Savior that God had promised.

Dear God, just as You’re faithful to keep Your promises, help us be faithful in keeping our promises. In Jesus' name, amen.