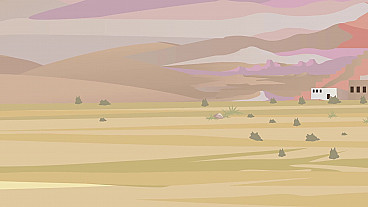 God helps us overcome the "giants" in our daily life.

Guess what I have in this bag. (Pause for guesses, and then open the bag and begin to pull out the rocks.) It’s five smooth stones. These stones make me think of something that happened in the Bible with two men named David and Goliath.

You may already know about the boy named David who fought and killed a giant named Goliath. Goliath was a mighty warrior who was more than nine feet tall! Can anyone show me how tall that is? (Pause for kids to respond.) I guess it’s hard for any of us to show that height, but we can use a measuring tape. (Run the measuring tape up a wall to show nine feet.)

Goliath wasn’t only tall, but he also wore strong armor on his whole body, and he had a sword and spear. The armor weighed one hundred pounds. His armor weighed more than each of you!

David, on the other hand, was a young shepherd boy. He had no armor; it was too heavy for him. And he had no sword or spear. David's weapon was a slingshot and his ammunition was five smooth stones which he picked up from a nearby stream. But David defeated that giant who all the Israelite soldiers were afraid to face!

We might not face a nine-foot giant, but we face giants of other kinds, like insecurity, loneliness, and failure. And we can remember David’s five stones to help us defeat the giants we face.

So the next time you’re facing a giant in your life, remember David and Goliath and the five smooth stones. (Invite kids to repeat courage, confidence, preparation, trust, and victory after you.)

Dear God, just as You gave David the victory in his battle with Goliath, we know that when we put our trust in You, You will give us the victory over the giants we face in our daily life. In Jesus’ name, amen.