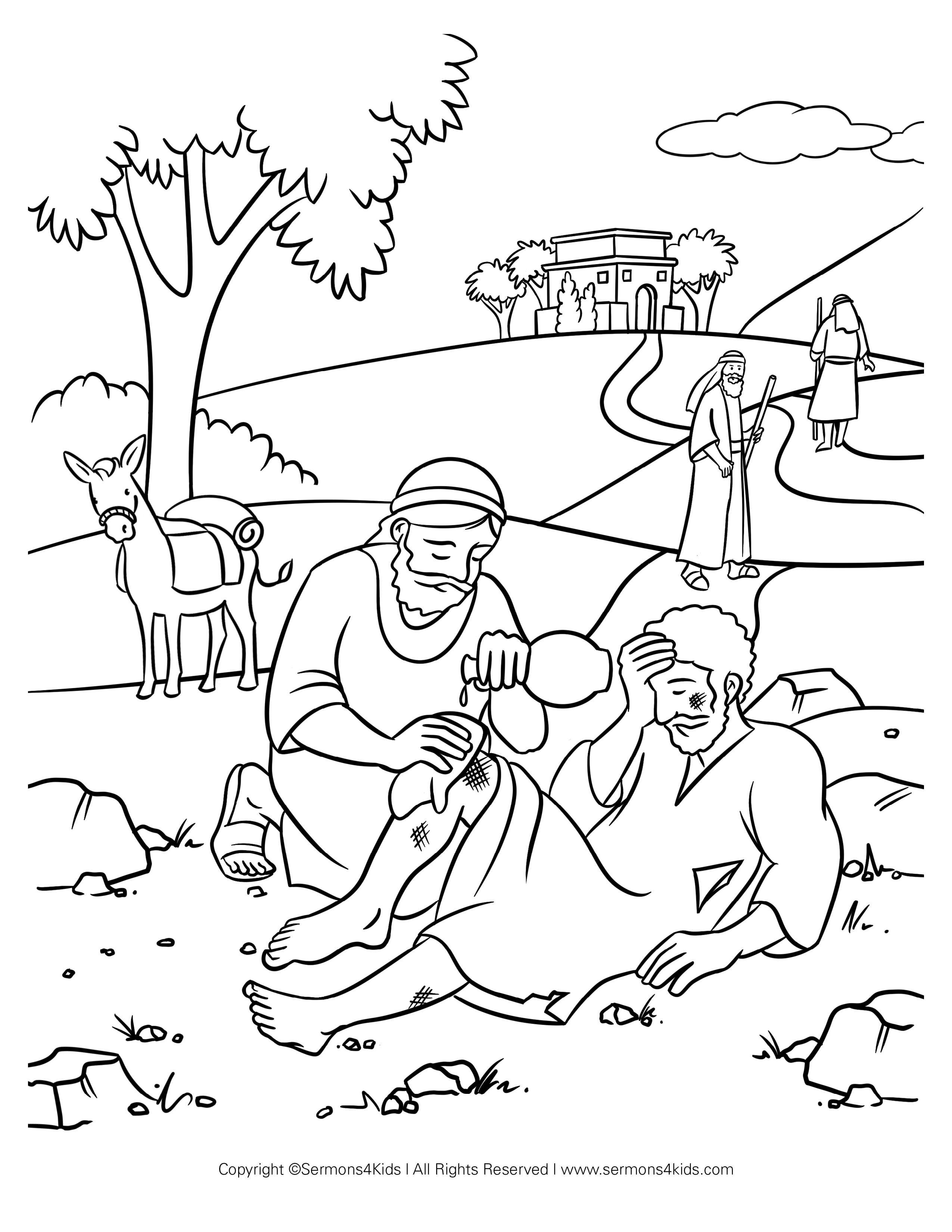 The Parable of the Good Samaritan

Jesus said: “A man was going down from Jerusalem to Jericho, when he was attacked by robbers. They stripped him of his clothes, beat him and went away, leaving him half dead. A priest happened to be going down the same road, and when he saw the man, he passed by on the other side. So too, a Levite, when he came to the place and saw him, passed by on the other side. But a Samaritan, as he traveled, came where the man was; and when he saw him, he took pity on him." (Luke 10:25-37)

The Parable of the Good Samaritan Bible Coloring Page for Kids

Want more resources? Unlock everything with Sermons4Kids Plus for $249/year...

Click YES, UPGRADE NOW and unlock Sermons4Kids Plus for $249 today. Your subscription will auto renew on Jan 29, 2024 for $249/year. Cancel anytime.