The Road to Emmaus 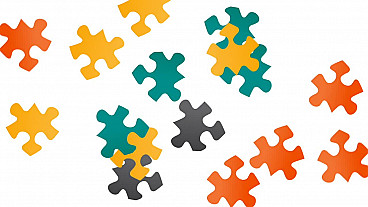 Jesus reveals himself to his followers.

Blindfold for each child

Invite several young people or adults (possibly some church leaders) to come speak to the children. Instruct the guests to say, “You are not going to believe it, but two men were walking and talking with someone they didn’t even recognize.” (Keep your guests away so children do not see them ahead of time.)

Blindfold each child. If children are uncomfortable with a blindfold, ask them to close their eyes.

One by one, have your guests say, “You are not going to believe it, but two men were walking and talking with someone they didn’t even recognize.”

Here’s what the special man said to them: "Do you find it so difficult to believe what was written by the prophets in the Scripture? It was predicted by the prophets that the Messiah would have to suffer all these things before entering His time of glory." Do you have any guesses of who they were talking to on the road that day?

(Allow kids to guess who the men were talking to on the road.)

If you’ve heard this story before, you know the men were talking to Jesus even though they didn’t realize it. For some of you, it was easy to guess who our special guests were today, but for others it was difficult.

These men on the road had just been through a hard time. They knew Jesus had been crucified so He would not have been their first guess of who they were talking to on the road. Jesus had to open their eyes to see it was Him.

God, thank you that Jesus died for our sins. Not only did He die, but He defeated death and rose again. Thank You that Jesus is alive and working in the world today. Open our eyes, (kids take off blindfolds) because we want to see Jesus! In Jesus' name we pray, amen .