Jesus Is Rejected in Nazareth 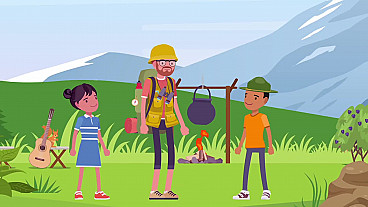 Jesus was rejected in His own hometown.

Do you feel welcome when you come to church? (Pause.) I hope so! I hope you have some friends here who you love to play with. Now let me ask you another question: If Jesus were to walk in today, do you think He would feel welcome? Explain why you think that.

The Bible tells about a time Jesus went to the synagogue, which is like a church, in His hometown. It says before Jesus returned to His hometown, He had healed many people and even raised a young girl from the dead. As He always did, on the weekly day of rest, called the Sabbath, Jesus went to the synagogue. He began teaching, and many who were there were amazed at what they heard. They didn’t know that Jesus had so much wisdom and power. But He wasn’t welcomed by everyone. What do you think about Jesus not being welcomed in His own hometown? (Pause for answers.)

The Bible says some of the people in the synagogue began to make fun of Jesus. "Who does He think He is? And where does He get this wisdom and the power to do miracles? Isn't this the carpenter? Isn't He the son of Mary and the brother of James, Joseph, Judas, and Simon? Don't His sisters live right here in the same town with us?" They were offended by the teachings of Jesus and refused to believe in Him.

Jesus responded to those who rejected Him by saying, "A prophet is not accepted in His own hometown, among His relatives, on the streets He played in as a child." Because of their unbelief, Jesus was unable to do any miracles among them except to place His hands upon a few people and heal them. Jesus was amazed at their unbelief.

(Encourage kids to think about Jesus’ experience in the synagogue that day. Invite them to show their reaction without saying any words; only with their face and bodies.)

God, just as Jesus was rejected in His own hometown, we may also be rejected when we tell others about Jesus. Help us remain Jesus’ faithful witnesses even when it isn't easy. In Jesus' name, amen.