A New Life in Jesus 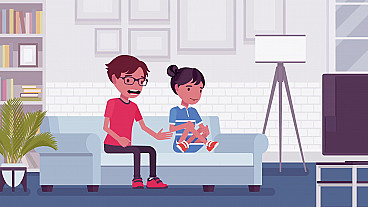 Baptism is a symbol of new life in Christ

Sometimes, when we meet a friend we may say, "What's new?" It’s only been a couple weeks since Christmas, so if I were to ask you, "What's New?" you would probably have a lot to tell me about. (If time permits, allow the children to share.) I’m sure you get excited about getting new things, like games or toys! (Show the new games or toys you brought, and let kids pass them around.) You’ve probably spent hours playing with the new toys you received for Christmas.

One thing I really enjoy is a new beginning. We are at the beginning of a new year. What an exciting time! It’s a chance to start over. It’s a time to try to do things better than we did last year.

(Ask the kids to share about something they want to have a new beginning with this year.)

In the Bible, we read about a man called John the Baptist. John went all around the countryside in Judea telling people about a new beginning they could have. He said to repent. That means to ask God to forgive your sins, turn away from those sins, and try again. John baptized people who repented. He did it in the river Jordan. They were baptized to show the world that God had forgiven their sins. This was a new beginning for them. Even Jesus himself went to John the Baptist and was baptized by him.

We still baptize people today. (In one or two sentences, tell about your church’s baptism traditions.) Now, that's what I call a new beginning!

Dear God, we thank You that Jesus who was without sin washes away our sins and gives us a new life. In Jesus' name, amen.