The Power of God's Love 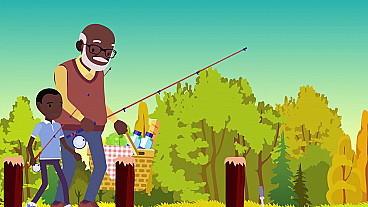 Jesus draws people to Himself.

Several metal objects, such as paper clips, a washer, staples, and a jar lid; a strong magnet

As you see, we have several small metal objects today. (Pass around the objects so kids can take a look.)  We also have a magnet. Let’s explore how the metal objects react to the magnet. (Lead kids in exploring.)

The magnet has great power and will draw many objects to itself. It reminds me of something that Jesus taught about Himself. The people who were following Jesus thought Jesus had come to set up an earthly kingdom. But Jesus came to earth to die for our sins so that we could join Him in His heavenly kingdom. Even so, because Jesus knew He would soon be crucified, He said to his followers, "I am very troubled...What should I do? Should I pray to the Father and ask Him to save me?”

How do you think you’d answer Him?

Jesus told the people, “No, this is the very reason that I came, and when I am lifted up, I will draw everyone to Myself." The Bible tells us that He told them that so they would know how He was going to die.

The drawing power of this magnet is very strong, but it’s nothing compared to the drawing power of Jesus. When we see His great love, we’re drawn to Him. He willingly died on the cross to pay the price for our sin, and when we trust in Him, we receive the right to become the children of God.

Even after we become God's children, we will still sin, and that’s not pleasing to Him. But that doesn’t mean He will stop loving us. He has the power to draw us back to Himself. There is no power stronger than the love of Jesus.

Dear God, we thank You that Jesus was willing to be lifted up on the cross so we can have eternal life. In Jesus’ name, amen.