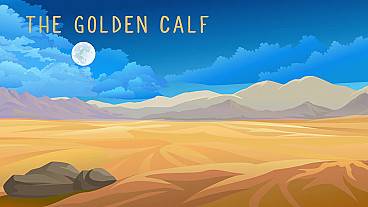 Worship God and Him alone.

Explain to the kids that each time you hold up the statue that you brought with you, that they have to freeze like a statue. They must hold their frozen statue pose until you are no longer holding the statue up in the air. You will do this multiple times as you tell today’s lesson so encourage them to pay close attention.

Who can tell me what this is? (Give time for answers.) That’s right, it’s a statue. (Hold it up and kids freeze.) How many of you have statues  (Hold it up and kids freeze.)  in your home? Have you ever seen any statues in parks around the city? Perhaps you’ve seen a statue of a famous baseball player or an artist or author. I once went to a park with statues of characters from books by Dr. Seuss. My favorite was Horton the elephant.

Statues are fine unless they become something that we worship other than God.  (Hold it up and kids freeze.) When we do that, the statue becomes an idol that replaces our God.

That is what our Bible lesson is about this morning. Moses was up on a mountain called Mt. Sanai. I am sure that you remember that God had told Moses to go up on the mountain so that God could give him the Ten Commandments for the people to follow.

Now Moses stayed up on the mountain longer than the people thought he should. (Hold it up and kids freeze.) They went to Aaron and said to him, "We want you to create gods who will go before us so that we will know what way to go. As for this fellow, Moses, who brought us out of Egypt, we don't know what has happened to him."

Aaron answered them, "Take off the gold earrings you are wearing and bring them to me." So all the people took off their earrings and brought them to Aaron. He took all the gold they had given to him and made it into an idol in the shape of a calf. (Hold it up and kids freeze.) The people were very happy with the idol that had been made for them.

When Aaron saw how happy the people were, he built an altar for the calf. He said, "Tomorrow will be a festival to the Lord and you are to rise up early and make a sacrifice of burnt offerings before the calf." (Hold it up and kids freeze.)

When God saw what the people were doing, He became very angry and told Moses that He was going to destroy the people because of their unfaithfulness. But Moses begged the Lord to remember the promise that He had made to Abraham, Isaac, and the children of Israel. Moses convinced the Lord and He changed His mind and did not do what He said He might do—He did not destroy them.

What can we learn from this? We sometimes put other things before God. It may not be an idol made of gold in the shape of a calf, but it may be things like money, friends, or sports. Anything we put ahead of our love for God becomes an idol and that is a big mistake.

Dear God, let us always remember that You created us and all we have. You must always have first place in our life. In Jesus’ name, amen.