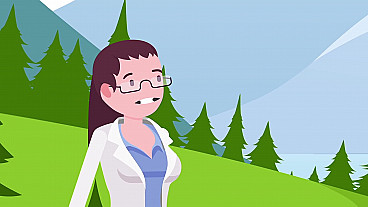 Christ is the King

The crown is a symbol of power and authority. Who do you know that wears a crown? (Pause for responses.) A king or queen wears a crown, right? Being a king is different from being the president of a country. A president is elected by the people, but a king isn’t elected, he is born to be king.

Have you seen the movie "The Lion King?" As a lion, Simba was born to be the "King of the Beasts." Simba sings, "I Just Can't Wait to Be King." Simba was anxious to become king because he didn't want anyone telling him what to do. He also wanted to tell everyone else what to do.

Simba had a poor idea of what it means to be a king. The real role of a king is to look after the needs of his people. A good king is more concerned with caring for his people than he is in being served.

During His last days on earth, Jesus was arrested and put on trial. When asked if He was a king, Jesus answered, "You are right in saying I am a king. In fact, for this reason I was born, and for this I came into the world." (Pass around the crown).

Yes, Jesus was a king, but unlike Simba, He was only interested in doing the will of His Father, God. He was born to be king, but His kingdom is not on this earth -- it’s in heaven. He only came to earth to make a way for us to live with Him in heaven.

Jesus "just can't wait to be your king." He has invited you to enjoy eternal life in His heavenly kingdom. Will crown Him as your King today?

Heavenly Father, we thank You for sending Your Son to be our Lord and King. Help us today, and every day, to honor Him, obey Him, and follow His will for our life. In Jesus' name, amen.