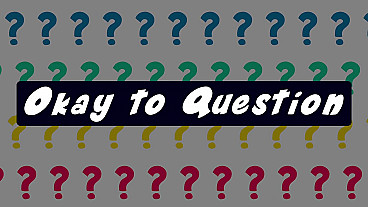 Different coins (one per child)

Give each child a coin to hold. Explain that they are to hold it tightly in their fist until you give them further instructions.

Has anyone ever asked you a question that there just wasn't any way to answer without getting yourself into trouble? That's what we call a loaded question. A loaded question is one that is worded so that a person cannot answer it without appearing to be guilty.

Here are a couple of examples of loaded questions:

Sometimes a loaded question is asked to to try to trick a person into saying something that will get them into trouble. Our Bible lesson today is a good example of that.

Jesus was gaining great popularity among the Israelites. This was very upsetting to the religious leaders called Pharisees. They thought He was a threat to their authority. They tried everything they could think of to make Jesus look bad and yet Jesus had more and more followers every day. So a group of Pharisees met and came up with a plot to trick Jesus into saying something that would discredit Him among His followers.

The people in Jesus' day were required to pay taxes to the Roman government. That was not very popular with the people. The plan was to go to Jesus and ask Him his opinion about paying the taxes. So, the Pharisees sent their followers, with a few of Herod’s followers mixed in and asked Jesus, "Teacher, we know how honest you are. You teach the way of God truthfully. Now tell us what you think about this: Is it right to pay taxes to Caesar or not?" They were actually trying to trick Jesus, because they knew if He said, "Yes," the people would be angry. But if He said, "No," he would get into trouble with the Roman authorities.

Jesus saw right through their plan and He did a very wise thing. He asked them for a coin. Then He said, "Whose picture is on this coin?"

They answered, "It is Caesar." Caesar was the Roman ruler and all taxes had to be paid to him.

On the count of three I want you to flip your coin in the air and repeat with me “give yourselves to God” as you try to catch your coin. (Count to 3.)

Dear God, help us give You what is Yours. Help us spend our hours in acts of love and our days in doing acts of kindness. May we always obey You and give You honor. In Jesus' name we pray, amen.